"Danish contemporary music and its composers could have no better ambassador!"
- Dr. Michael R. Bump 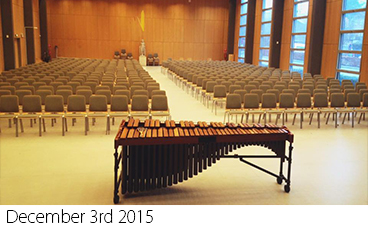 44 concerts in 21 days in a monster tour throughout Denmark! Looking forward to next year and wishing you all a Merry Christmas!! 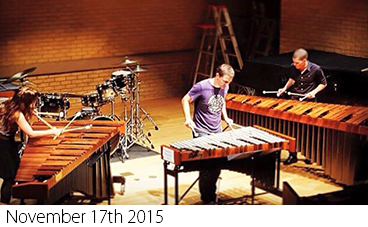 Ronni Kot Percussion Group will be doing a intense one-week tour with clinics and concerts at some of the biggest universities in USA! 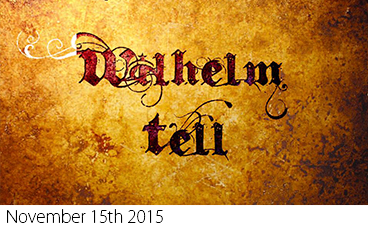 I am very proud to announce that Edition Svitzer has published my duo arrangement of Wilhelm Tell! 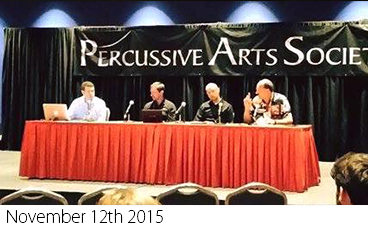 PAS Keyboard Committee has invited me to sit as panelist together on a discussion about percussion concerti at PASIC15! 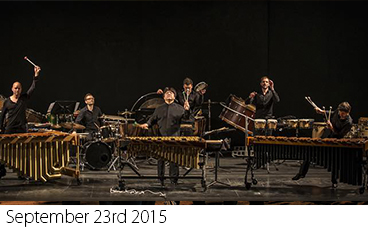 Touring the biggest concert halls throughout China with Li Biao Percussion Group as well as a new CD release on SONY Music! 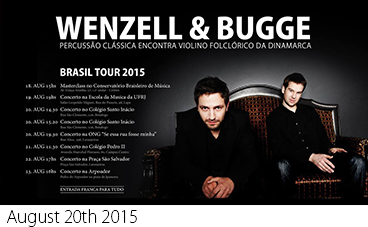 Brazil tour with 9 concerts and 1 masterclass in 6 days together with the Danish award-winning folk violinist, Kristian Bugge. 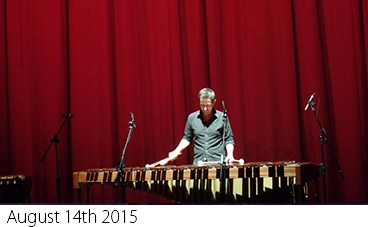 I was invited to play a solo performance at the 9th International Marimba Festival in Mexico. Such an amazing festival and wonderful audience! 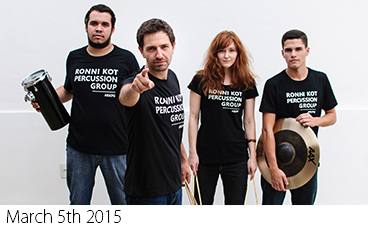 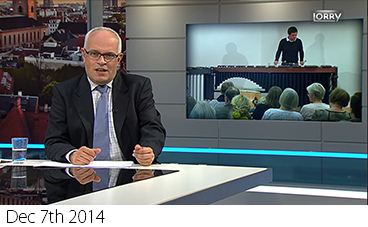 Danish TV2 Lorry came by during a small show concert and masterclass in Horsholm, Denmark, and did an interview. Watch it here! 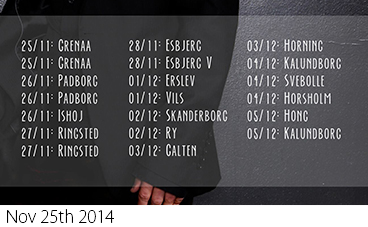 Heading on another power tour - 20 concerts, 16 cities in 11 days! (Email me if you want details on one of the cities). Wooohooo!! 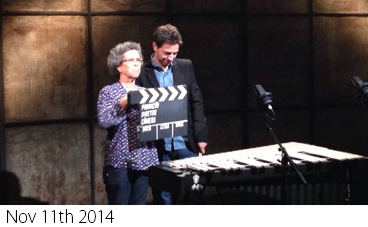 Just finished two intense days recording a whole concert on TV. It will be broadcast for the 200.000.000 Brazilians early next year! 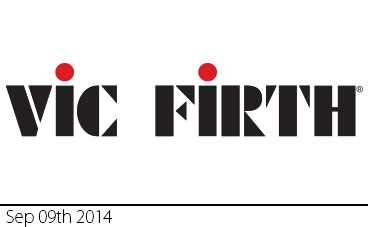 After almost one year of pleasant talks and interesting tests of sticks and mallets, it is a pleasure to announce that I am now a Vic Firth Artist! 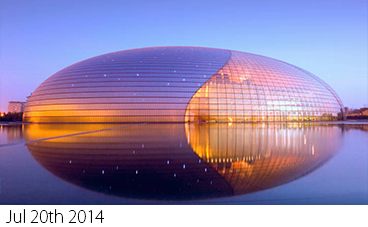 Going on a small concentrated China tour with performance in the beautiful National Center for Performing Arts in Beijing among others! 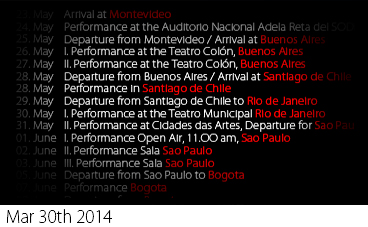 Intensive South America tour in the biggest concert halls in Uruguay, Argentina, Brazil, Chile and Columbia in May and June! 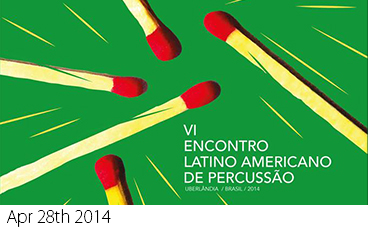 Will be giving a masterclass and a solo performance at VI Encontro Latino Americano de Percussao in Uberlandia, Brazil. 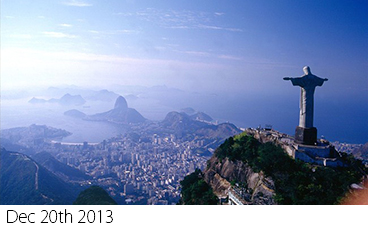 I will be guest professor at Conservatorio Brasileiro de Musica in Rio de Janeiro, Brazil from february - december 2014! 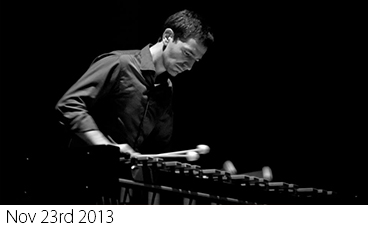 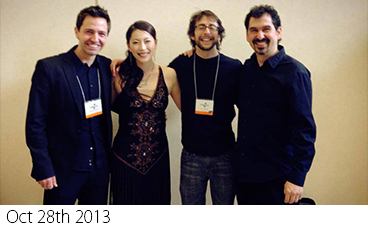 Performing at the biggest percussion convention in the world together with Maraca2, Ivana Bilic, Eriko Daimo, Casey Cangelosi and Fernando Meza. 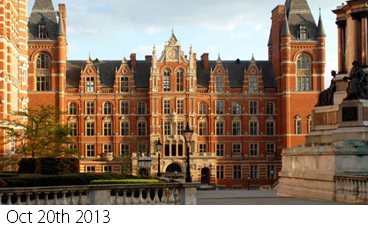 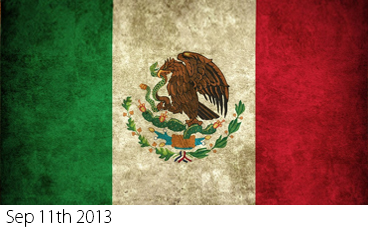 Will give workshops for the percussionists and instructors of Sistema Se'Wa in Mexico, similar to the famous El Sistema from Venezuela. 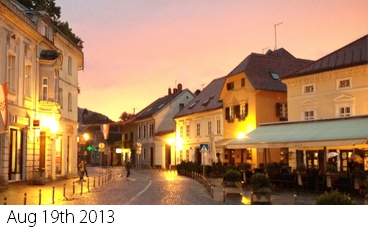 Going to Croatia to play at the renowned and fully packed Ivana Bilic Marimba Week. It'll be my first time in Croatia. Looking forward :) 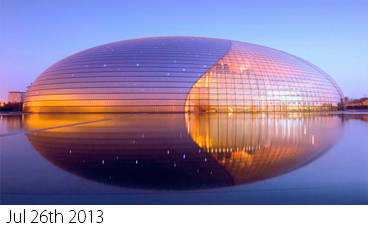 I'll be performing in NCPA in Beijing and Sanghai Oriental Arts Center, with the great percussion virtuoso, prof. Li Biao. Always great audience and a lot of fun! 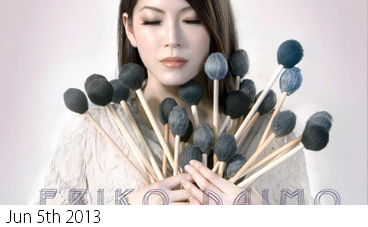 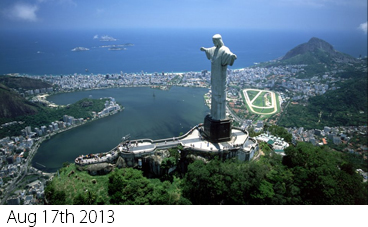 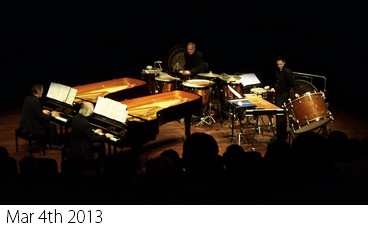 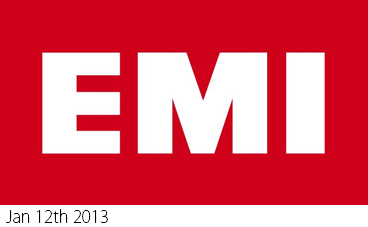 It's here! A physical prove of one of my biggest musical experience: recording Bach (among other composers) with prof. Li Biao on EMI Classics!

Ronni Kot Wenzell (born 1980) is widely internationally active. He's performing and touring in Europe, USA, Asia and South America as soloist, duo and ensemble, here among as duo with the famous Chinese percussion virtuoso, prof. Li Biao. Media acclaimed concerts have included the opening of Formula 1 in Shanghai, performances for NIKE in Los Angeles, AUDI in Germany, the opening of National Center for Performing Arts in China, and an invitation to perform at the closing ceremony of Olympic Games in Beijing.

In addition to performing on percussion, Ronni has also had a great interest in the piano since childhood. After working 5 years as pianist in the culture house Trommen north of Copenhagen at the age of 13 and completing the conservatory's piano exam with honors, he worked as head pianist at The Royal Danish Ballet School for 4 years (2003-2007). Due to increased international offers, Ronni chose to stop at The Royal Danish Ballet and instead devote his time to being a freelance marimbist / percussionist.

During the past few years Ronni has toured intensively and held master classes at prestigious conservatories, academies and universities around the world, such as Juilliard, New York University, Royal College of Music in London, EMESP in São Paulo etc. He has recently toured South America (Uruguay, Chile, Argentina, Brazil and Colombia) with masterclasses and concerts in the biggest concert halls, such as Sala São Paulo, Brazil and Teatro Colón, Argentina among others.

TV interview in TV Globo in collaboration with TV Gazeta during last tour in Brazil in April 2013.

Over the Rainbow for solo vibraphone by Max Leth (from Tales for Vibraphone Vol. 1, published by Edition Svitzer).